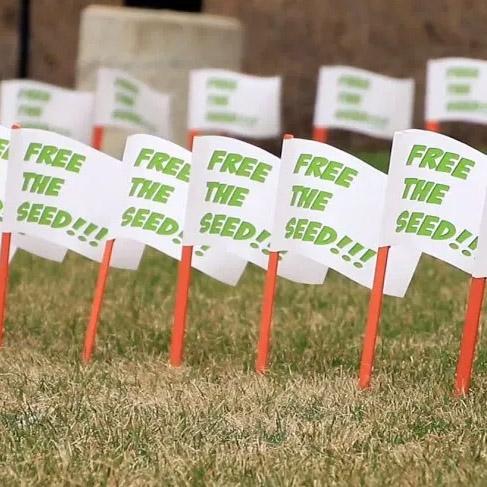 Since it’s launch on April 17, 2014, we’ve had thousands of conversations with people around the world about this project. One of the most common themes in those conversations is the imperative for a system where seed can be freely shared, saved, bred, and released. Farmers in particular have expressed their concerns about our current seed system, where the seeds they buy and grow are restricted in various ways. One of those farmers, Thomas Luce from Washington state, recently wrote to say:

“As a small farmer, I’m constantly worried that I might get ticketed, fined, or even arrested for keeping my own seeds or participating in local seed-banks and seed-sharing programs.”

To those of us involved in the Open Source Seed Initiative, Thomas’ concerns are ones that we share. Our project aims to provide a way to free both the farmer and the seed for a future where plant genetic resources may remain unrestricted.