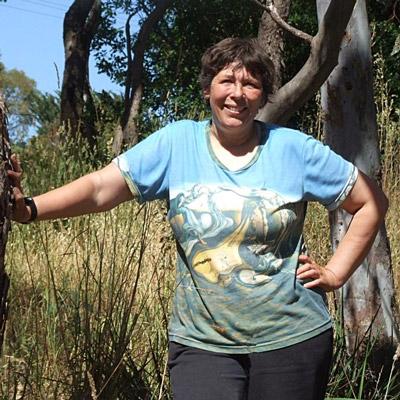 Rowan originally started a market garden in a small town in rural Victoria, Australia, producing rare and heritage vegetables in 2008 but had to change her growing and marketing strategy a few years later when government biosecurity policies meant that it became impossible to send fresh produce to her main markets over the state border. Since she had a passion for protecting vegetable and fruit varieties suited for home growing Rowan decided to change the business to producing wholesale seed for small seed companies instead, and never looked back. After developing a passion for breeding new cucurbis to make up for the severe lack of varieties found in Australia, breeding became a part of the business mix and Garden Larder now produces and introduces many rare seeds to small farmers and seed companies every year. In 2017 Rowan started a small potato breeding and selection program with students at her local secondary college to help introduce students to potential horticultural careers that they may not have thought about in the mainly grazing local area.