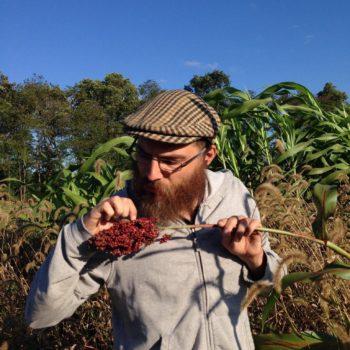 Nate was born in Philadelphia. He graduated Georgetown University’s School of Foreign Service in 2004. He worked in a wide range of jobs, from landscaper to spotlight operator to office manager before realizing he needed to pursue a life of activism. Since then he has mainly worked in politics and organizing, though he quit his last “real job” in 2012 (as an organizer with the Service Employees International Union). He is grateful to be able to consider himself equal parts farmer and organizer today. As a volunteer, Nate has been involved in efforts ranging from the Sudan Freedom Walk campaign to Occupy Sandy. He helped found InterOccupy.net, an open communication platform for activists. He ran for U.S. Congress in 2012 and was called “the first Occupy candidate” by Politico. He has served on the Executive Board of the Project for Nuclear Awareness (PNA), the Cumberland County (NJ) Long Term Recovery Group, the Jewish Social Policy Action Network (JSPAN), and GMO Free PA. He started the Baederwood Cultural Heritage Garden Project in 2009, his first experiment with networked seed-saving. He is a member of the Seed Advisory Committee of the Non-GMO Project. As a plant breeder and experimenter, Nate has a broad range of interests, but he is most excited at the moment by sorghum, chestnuts, perennial kale, mayapples (Podophyllum), Crambes, and currants (Ribes). He co-founded the Experimental Farm Network in 2013 to create an open-source platform for facilitating collaboration in plant breeding and other agricultural research on an unpredented scale. The ultimate aim of EFN is to develop new crops and systems for climate change mitigation.